Hi, my name is Cara, I’m a medical student at the University of Cologne in Germany. In April 2019 I participated in the public health exchange at Kenyatta National Hospital (KNH), organized by Unified for Health. I had the chance to collaborate with the Public Health Club, which is a group of committed medical students studying at KNH.

… was founded 2016 by students within the College of Health Science of Nairobi. Its aim is to address public health issues within the community. The students are focusing on non-communicable and communicable diseases, research, mentorship and competency skills. In the beginning of 2018 the cooperation with Unified for Health was founded by Lukas Herrman and Morgan Muchemi.  Since then, students from Germany regularly go to Nairobi and vice versa to exchange their ideas about public health.

Shortly after my arrival, I met with some Public Health Club Members and Marietta (we shared two weeks in Nairobi) to brainstorm about a nice public health project which could be manageable in some weeks. As the former exchange student, Franziska, had already told me about a committed dental health care student, who wanted to start a tooth brushing teaching in the slum areas, we decided to pick up her idea and started a tooth brushing teaching at  KNH`s pediatric wards. After a second meeting, also with the dental health care student, Veronicah, we decided to realize our idea within two weeks so that it was still possible for Marietta to participate.

Tasks were spread among the people and two weeks later everything was prepared. We were founded by Unified for Health and a local toothpaste producer.

The actual event was a lot of fun. We were around 30 medical and dental health care students participating. In small groups, we went to every ward to visit the children and taught them room by room. Before the teaching, we contributed toothbrushes and toothpaste to every child. This might be because of a lack of awareness about the importance of tooth brushing or because of financial challenges. Knowing that also in the future it can be difficult for some parents to afford toothbrushes and –pastes, we also taught the children how to make a local toothbrush from a stick and what to use instead of toothpaste, e.g. chuckle or salt. 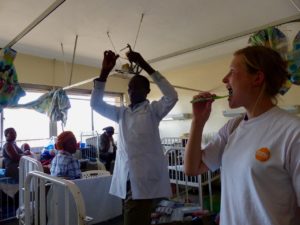 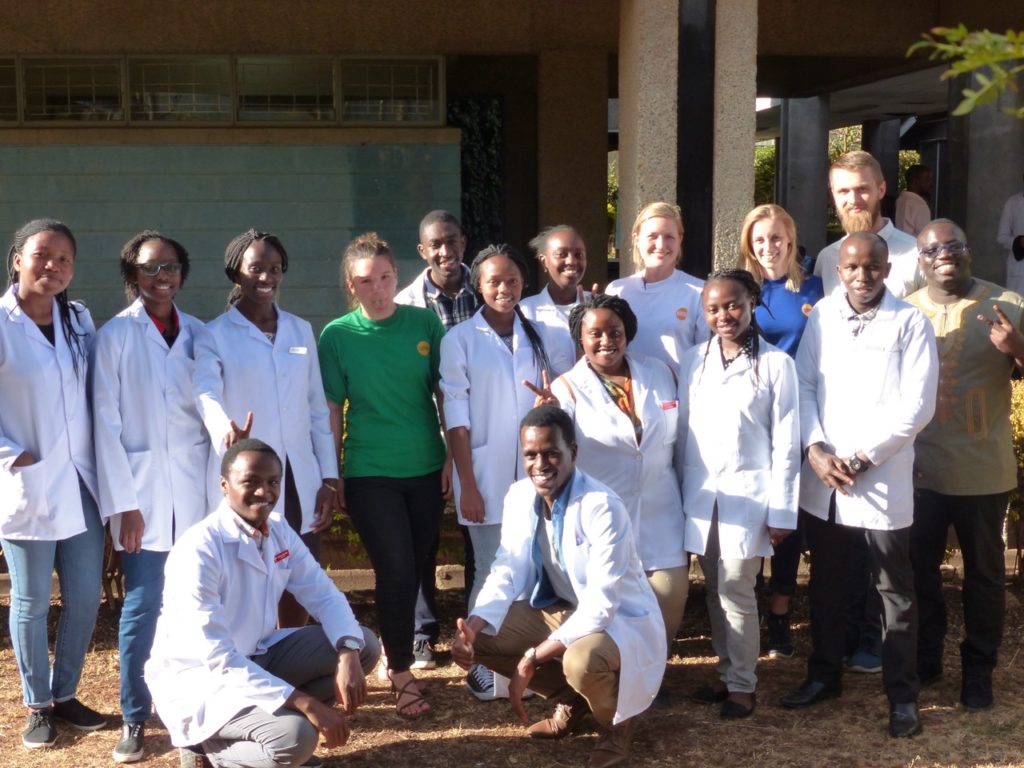 Our young students learned something  and also – of course very important – had fun! I think, we reached the goals of our tooth brushing event. 🙂